To get my current project right, I think I have done more research than on any project, for my writing or to be honest my college coursework. When someone reads your work, you want to make sure you wrap them up in the story and give them no excuse to leave your tale. One of the quickest ways to lose a reader is to get facts or procedures wrong. Use the wrong caliber on a gun and you’ve lost a portion of your dedicated readers, skip a police procedure and you alienate any reading who has experienced either side of the law. It is always worth a conversation with someone in the profession or area where your story needs to play within the lines. If that isn’t an option you would be surprised how much information is within your reach at your local library, online, or in articles from the non fiction magazine which specializes in your topic.

In this project tentatively named Strange Brew of Franklin County, there were several areas that I needed a better grasp for my potential readers. If you are taking time to read my work , I am not going to waste it by bending the laws of reality to conveniently fit my plot points. While there is a place for that in most fantasy novels, if I want you to be in the here and now for a story I have to play by life’s rules. (with a caveat of a few supernatural happenings.)

When brainstorming and rough planning the story there were several things I wanted to include, but I knew I needed to know more. Thankfully for some of it we have MasterClass online. Also my family has a network of medical professionals that were kind enough to lend me a few minutes of their time and one even pointed which websites were the best source of information.

There were several things when planning this book I was already comfortable enough around that the research was more just a quick fact check. Appalachia (spent a lot of summers there, and currently reside in Southwest Virginia), Fishing (been doing it all my life starting with my Father and both Grandfathers), Retiree Banter (spend a few hours waiting at the VA you will pick up what you missed when your grandfather and his friends picked at each other), and finally Airline travel ( I know this seems small but common things you think you can bend to your plot points can also lead to the biggest blunder when trying to keep a book authentic).

Then we started down the path of what I needed to know for my character’s journey.

Turkish Coffee– One of my favorite discoveries while deploying was this coffee. I had a small idea how the locals prepared it but I wanted to know more. If one of my characters was opening a cafe, a simple cu[p of house coffee wouldn’t do. I watched a ton of YouTube videos as a base. Luckily for us here in Abingdon, a Macedonian immigrant runs a small little bakery that serves it.  Watching the process up close, as well as sampling the product was probably one of the most rewarding experiences during the planning phase of this book.

Roma- I wanted to have a bit of the Roma included in the book. No matter where they go a cloud of misconception and distrust seems to follow. They were as much as our Kosovo journey as anyone else there, so the Cafe owner befriending one as a fellow refugee on the flight to the US made sense. In planning it was originally part of a curse that drove the story, but after much research that would have fed into a stereotype, and if anything this was supposed to be a fun journey not something to rile up that distrust. Instead I wanted to capture some of the good in their culture, and while I could not get my hands on any first hand sources, there are plenty of college dissertations on their life. I read three books of college papers on the subject of their life and stigmas. In the end I found several ways the Roma culture would be able to assist our characters on their journey.

Kosovo– when this story started coming together I knew it would have to include the town of Letnica in Kosovo. Both of my tours over there, shout out to my Blue Devil and Chosin brothers, we ended up patrolling that region. The church in Letnica is a sight to see if you ever get the chance. In addition to the box of photos others encouraged me to take while we were over there, there are plenty of videos of both good and bad of that area online. Talking to an old friend who served as a translator for us, I got a sense of how Albanians in that region have a sense of pride and carry themselves. She also helped me with a lot of the Albanian words that are found in the book.

Chess– Young twenty something Jason would put this in the category of things I already know. However as a young team leader sat down while on patrol with my squad and got completely schooled in a small community center in Mitrovica. So if I wanted to capture that part of the culture of Kosovo in the book I needed to know more, a lot more. I have always snuck a game here and there but that wouldn’t cut it for the shops and cafes the characters would experience overseas. This time I leaned on my MasterClass account and a few articles online.  Garry Kasparov playing is something any would be strategist would enjoy to watch.

Last but my most feared subject, Cancer– my family like many others seem to lose many loved ones to this disease so it was perhaps the most important thing to get right. A good friend of my mother, pointed me in the right direction for research after helping me narrow down which form of Cancer I would be talking about. I found the most information on the subject at the Cleveland Clinic’s website as well as the Mayo clinic’s website.

While many other things did have to be researched the top list took anywhere from a few hours to a couple weeks to gather enough information.

So I propose this question: What is one thing that when you see it in a book it can cause you to stop reading if the author/writer doesn’t get it right?

As I get ready to self-publish my first book, I thought I might share the journey it followed to get here. Those of you who follow me on Twitter or my Facebook page, mostly handled by my talented wife, you may have seen clues about the story of a white dragon, a green dress, and some bacon with hashtags galore about Eighteen Fools. We are currently in the final stages to send it forth into the world. Though my first few attempts at a book were more in the comfort zone of thrillers and horrors for me, this is the first book feels like it all came together. I have almost shelved it many, many times; however, with much encouragement, and the anxiety to match it, Eighteen Fools will see the light of day.

Eighteen fools started out as a doodle in 1996 while I was stationed in Korea. The original 18 fools represented the 18 of us that were in my platoon. One at a time we rotated back to the States. My roommate knew I spent laundry time writing short stories, so he challenged me to do one for the platoon. In the original, the dragon was being hunted by eighteen stalwart warriors of first platoon. One by one they fell to the dragon in order of our ETS (End of Time Served, the military loves abbreviations.) from Korea. It was a good laugh for a few of us, but it ended up as a memory and a piece of paper in the trash can.

Somewhere in the mid 2000’s while sitting around bored, I began to doodle a story about a girl escaping a mean duke. I sent the first chapters to people to review, but it really was not a complete story idea. So, it was shelved then scrapped.

I wanted to participate in this writer’s competition, which is really more an exercise called NaNoWriMo (https://nanowrimo.org/ Nation November Writer’s Month, at least military abbreviations are short), in November 2014. In this challenge you must write a 50,000-word story from the first to the thirtieth of November. Challenge accepted; I just needed a story. This was intended to be pure fun… although anyone chasing a dream of being an author, hopes that any book they write will be published. None of my ideas of thrillers, mysteries, or horror suited the exercise. Besides, it was meant to be a challenge. That is how the idea formed that I would bring back the story of 18 fools, but this time not just a dragon hunt. I wanted to incorporate the story of the captive girl escaping the Duke. And to be honest, I wanted the Dragon to have a bigger role and have relatable personality. The story was done November 28th, I hit 50,000-plus words, and had a rough story. I went through the process of editing and reworking but eventually shelved it.

While working on another eventually shelved manuscript (see a pattern here?), I worked with a great Editor/Mentor, Heather Cashman. Heather gave me a new way of looking at my writing and how to develop the story.  New Eyes brought new ways of seeing all my previous writings.

A few months ago, I dusted off Eighteen Fools, a few voices outside my Mother’s (who has to, by unwritten law, be supportive) told me to try Eighteen fools again. This time the story focuses on Elya (the Maiden) and Frackus (the Dragon). I took to heart all the criticisms and troubled spots, ignored all the good comments except what to keep. I appreciate good opinion and praise as much as the next person, but when the book is in development, you want don’t want to hear anything nice. It is the only way to grow and fix the errors. Now, I feel it is ready for the world to see.

Thank you for all those who supported me and pushed me to this point. I will post more when the book is available.

Congrats! Kirby @Inkgood_Inkwell you are the winner of our first giveaway please DM on twitter with your information 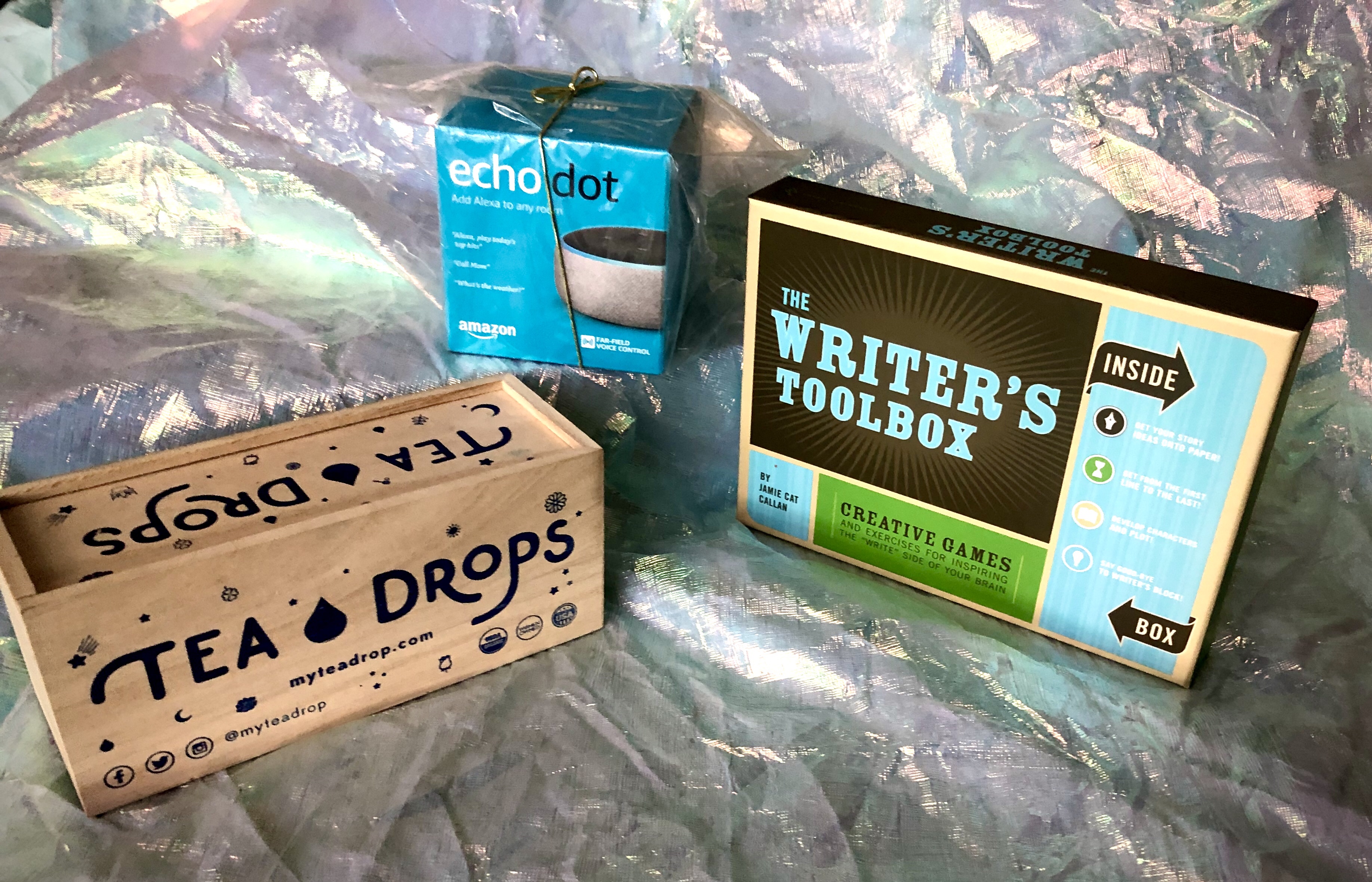 Prizes: An Echo Dot, The Writer’s Toolbox, and an assortment of tea

Must be shipped within the U.S. Must be over 18 to enter. 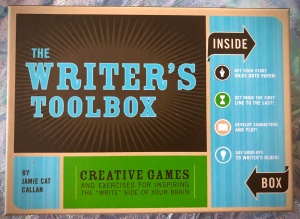 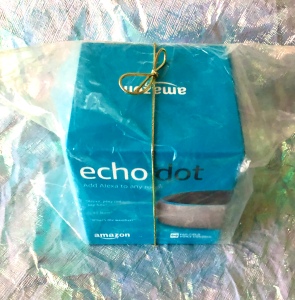 “Always forgetting about the eighteenth member… If a dragon is slain and no one writes about it, did it really happen?”